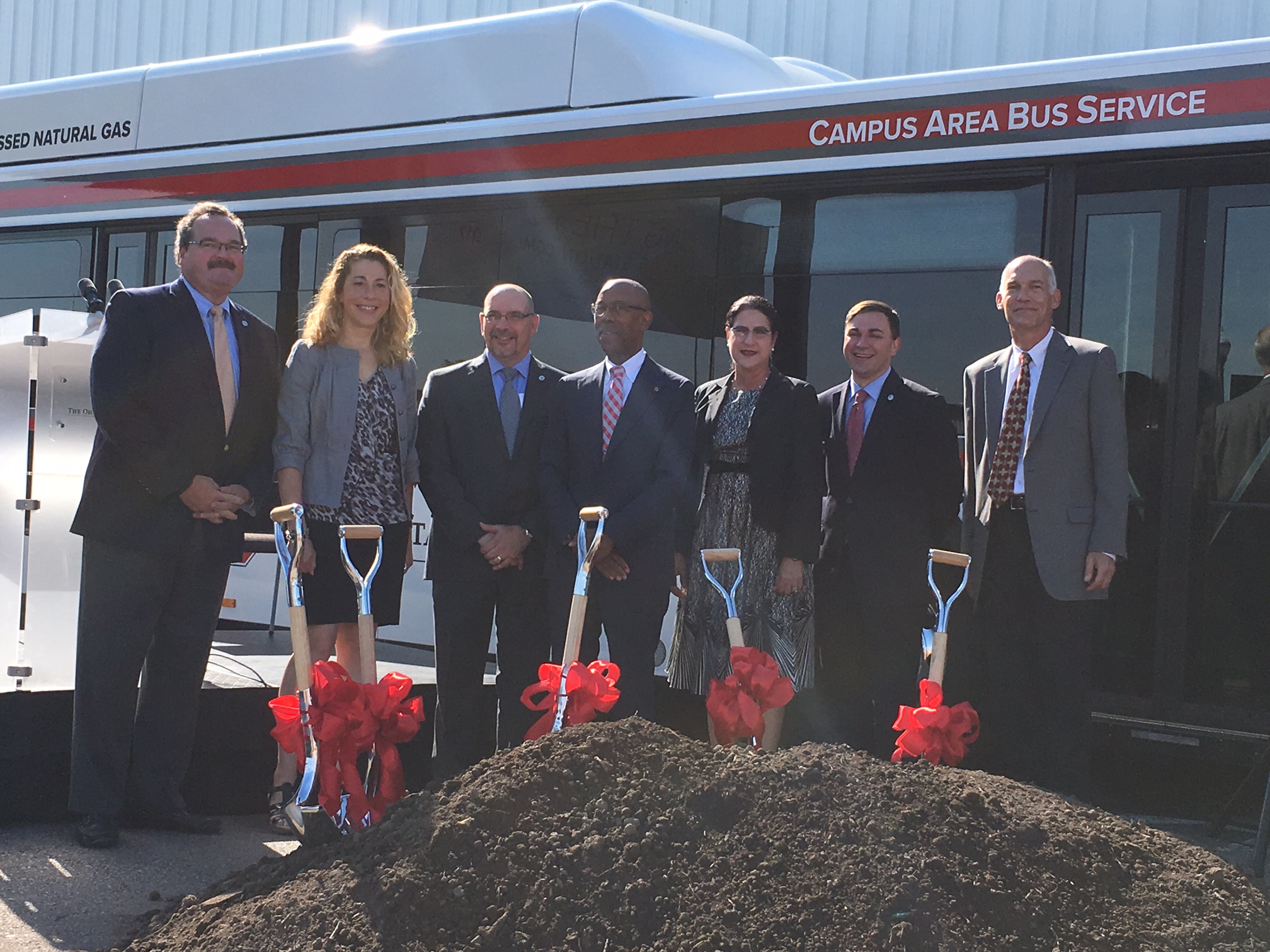 The station will serve the university’s Department of Transportation and Traffic Management, as well as the City of Columbus, and may be utilized by additional university, state agency and central Ohio municipalities.

“Resource stewardship is a critical part of our quest to be a global leader in sustainability,” said Ohio State President Michael V. Drake. “I’m proud of this step forward to a more economical alternative fuel for our bus system, and I look forward to exploring how the rest of our university fleet, including cars and vans, can be powered by CNG.”

Ohio State’s Campus Area Bus Service (CABS) will fuel a portion of its fleet at the $3 million CNG station with long-term plans to transition all CABS buses and other fleet vehicles to alternative fuel models. The university currently operates four CNG buses and will add six more by October 2017.

“By looking to alternative fuel sources, we demonstrate Ohio State’s commitment to reducing transportation’s impact, both on and off campus,” said Kate Bartter, director of Ohio State’s Office of Energy and Environment. “We remain committed to environmental and fiscal responsibility as we work to reduce our carbon footprint.”

The CNG fueling station highlights the university’s commitment to providing sustainable transportation solutions for its campus community. The addition of a fueling station comes one year after Ohio State welcomed a university bike share system to its Columbus campus. Construction will begin immediately with the station expected to be operational by early 2017.

“Breaking ground on a CNG fueling station is a perfect example of the innovative thinking helping to move the university forward through sustainable, efficient practices,” said Jay Kasey, Ohio State’s senior vice president of the Office of Administration and Planning. “This project invests in the future of sustainable transportation services on campus and in the City of Columbus and we are excited to begin construction.”

The City of Columbus will also have the ability to fuel fleet vehicles at the university’s station.

“The city is committed to sustainable transportation solutions,” said Mayor Andrew J. Ginther. “The sharing of the CNG fueling station by university and city fleets is emblematic of the collaborative nature of our relationship.”

The initiative aligns with Ohio State’s continued efforts to advance sustainability across campus and throughout the community, including strategic sustainability goals developed by faculty, staff and students to enhance and expand policies, operations and practices. Additional university sustainability accomplishments and continuing efforts include: